The latest book in the Lords of the Underworld series released last week, so you know I got on that read ASAP! 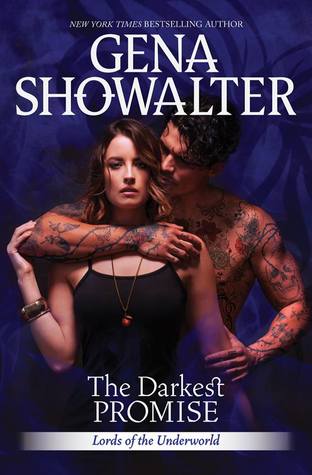 Series: Lords of the Underworld

Possessed by the demon of Misery, Cameo isn’t allowed to experience joy. If she dares, her memory is wiped clean. With no other recourse, she sneaks into a land more fantastical than any fairy tale, determined to find the one man with the key to her redemption.

Lazarus the Cruel and Unusual rules his kingdom with a single unwavering focus: to build his army and annihilate his enemies. Nothing distracts him – until Cameo. He is relentless in his quest to make her smile and seduce her into his bed.

As dark forces conspire against them, threatening to destroy the fragile bond they’ve forged, the once-calm Lazarus grows crazed. Every heart-stopping kiss and wicked touch causes Cameo to teeter on the brink of happiness. But if she falls, she risks forgetting him forever

I discovered this series in May and quickly read every book she released in the series.  I’ve really gotten into paranormal, fantasy romance lately, and I loved this series.  Showalter does a great job of creating a large cast of characters but makes you love (and hate) each one of them.

The Darkest Promise is book 13 in the Lords series.  It follows Cameo, the keeper of Misery, and the dark, unpredictable, Lazarus the Cruel and Unusual. In the previous books we saw their meeting and working through the spirit realm. At first when I realized The Darkest Promise was about Cameo I wasn’t sure if I’d like it.  Baden’s book (book 12) fell flat for me and I just couldn’t connect to him because he was kind of on the outskirts.  I felt similar with Cameo, I wasn’t sure it was going to work for me.  In the glimpses of her new storyline in The Darkest Torment (12) I started getting more invested in her character.

Promise was probably the only Lords book I got emotional reading, but helloooo, Cameo is the keeper of Misery.  I really felt for her.  Any joy she experiences gets wiped away by the demon and she has no memory of it. So her memories of Lazarus are gone.  Until she meets him again.  They play a cat and mouse game that I really loved.  Lazarus isn’t the sweetest of fellows, but you see a different side of him when he’s with Cameo. When he’s not teasing her of course.  There were definitely times when I wanted to knock him upside his head for teasing our girl and making her sad- hasn’t she been sad enough?!

I enjoyed The Darkest Promise much more than I though I would’ve.  I can’t wait to see who’s book is next. I’m really feeling a Viola book- her story got incredibly interesting in this book!! And of course I want to see where William the Ever Randy’s story takes him.  Plus, you meet a new player Sibohan, and I wouldn’t be mad at a book about her and Hades, cause I’m totally diggin that vibe.